Ultimate Guide to Pizza in Italy 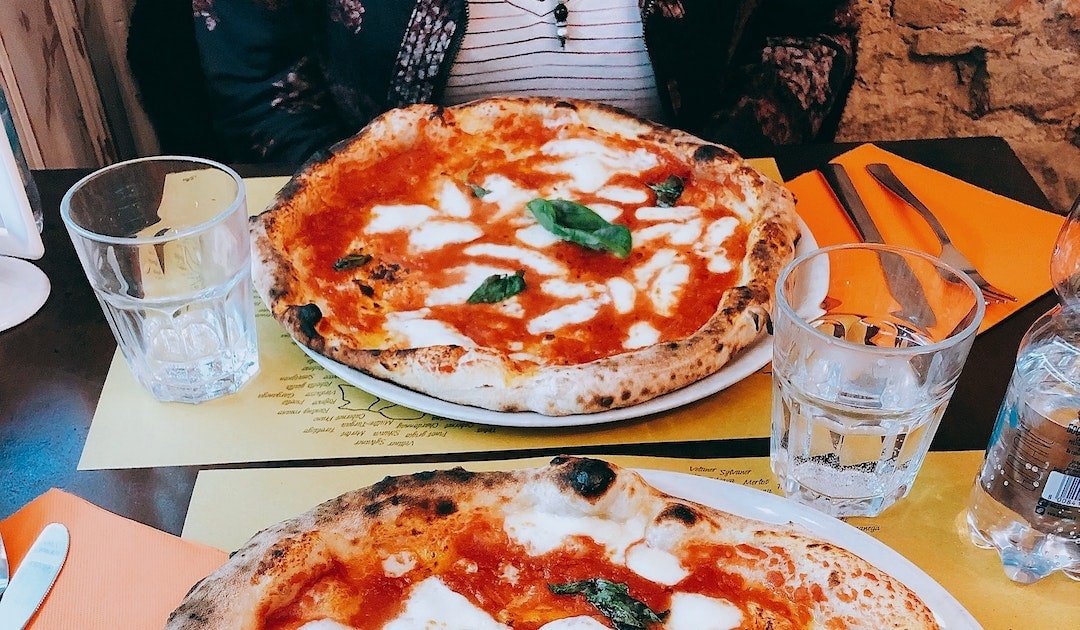 Of all the experiences I’ve had during my career in Italian food and wine,  there was nothing quite like working with chefs when pizza in Italy, and around the world, was undergoing a culinary evolution. Pizzaioli (Master Pizza Makers) treated their dough like a living being – and it kind of is.  Safely guarding their secret recipes at all costs. Making the perfect pizza dough was, and still is, a slow and arduous process.  Once a chef decides on a flour there’s no going back. However, each chef would agree that every pizza recipe despite its differences, is deeply rooted in one common theme: simplicity. 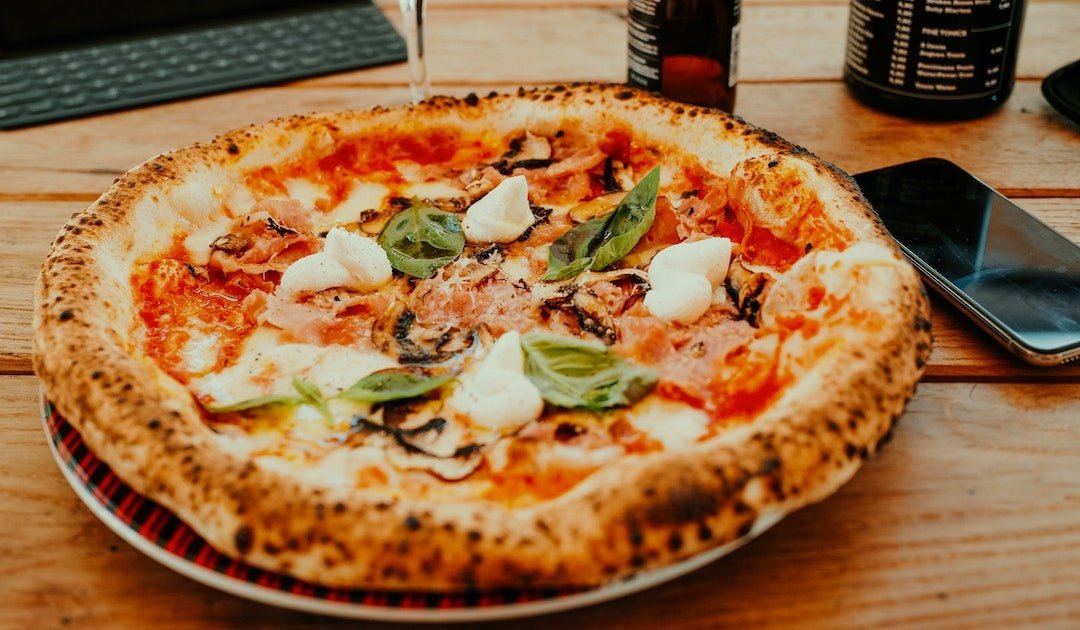 Pizza in Italy fit for a queen

Pizza in its simplest form is the Margherita.  Still the most recognized pizza in Italy it was crafted as a homage to the Italian Flag for Queen Margaret of Savoy.  In fact,  even today Margherita remains the most popular pizza on the menu in Italy. Proof that the best pizza in Italy truly doesn’t require much at all, when it comes to ingredients, to create something that is worthy of UNESCO heritage protection. 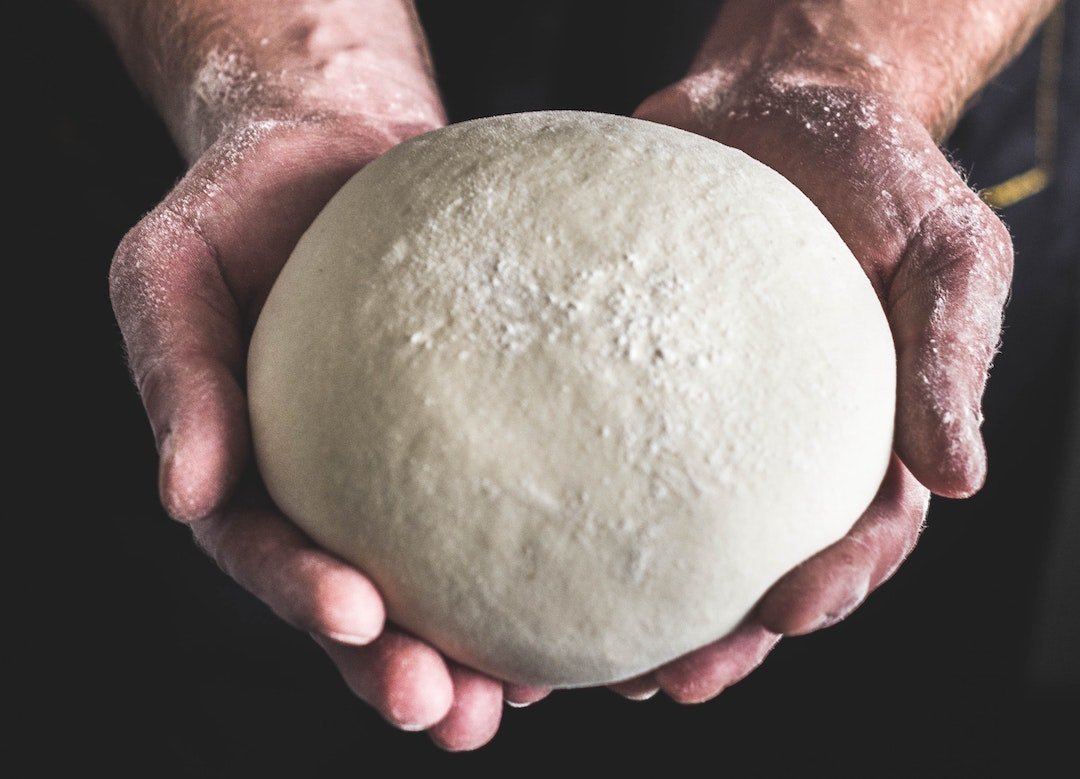 So good, this Pizza in Italy is protected by UNESCO

Put pizza and Italy together and the first thing that comes to your mind is the birthplace of pizza in Italy – Naples.  Although the word “pizza” has been documented back in 997 AD, recipes reminiscent of modern day pizza didn’t appear until the 1700’s.  Appealing to all social classes, pizza in Italy didn’t make its way to Italy’s most northern region until the late 1950’s and it was not until after World War 2 that pizza started to make its mark on the world.  During this time Pizzaioli in Naples had hundreds of years to hone the art of pizza making, so important to Italy’s cultural heritage that the Art of Neapolitan ‘Pizzaiuolo’ was inscribed in 2017 under the protection of UNESCO’s intangible cultural heritage.

Along with Italy’s wave of immigrants from the south, came the culinary tradition of Neapolitan pizza making.  For those living abroad, Neapolitan pizza has become the undiscussed king of pizza.  Defined by the  “Cornicione” which literally means molding or crown, you’ll only find it when biting into a slice of pizza napoletana.

How do you know if the pizza you’re eating is eligible to garnish the name “Napoletana”.  Well, it has to follow a few basic rules before its UNESCO worthy: 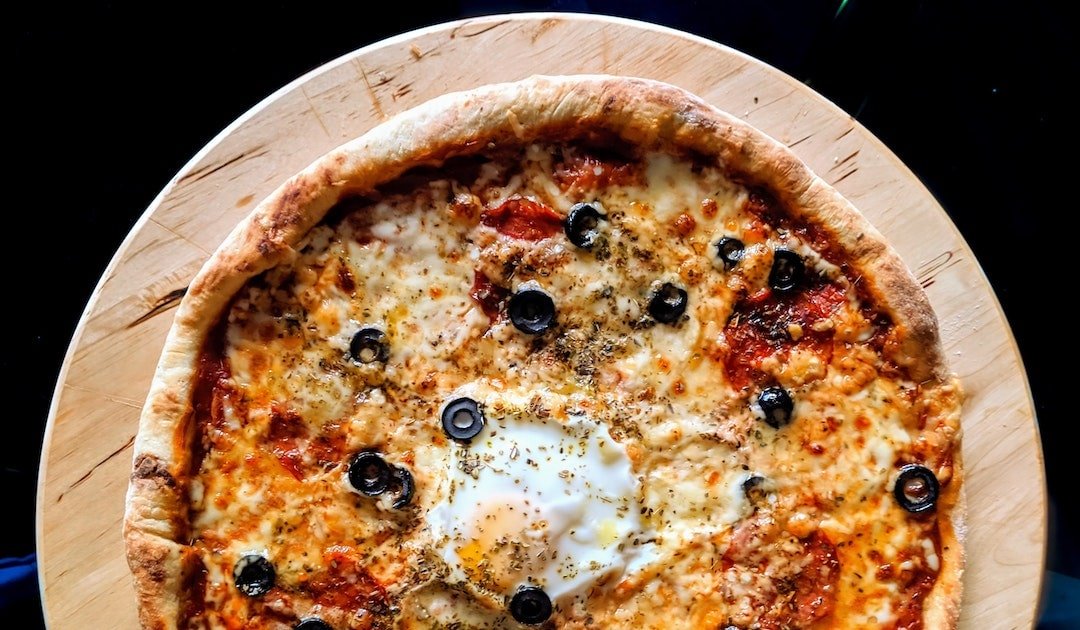 Born in Naples, pizza has evolved into many different varieties including the roman pizza called “Scrocchiarella”. One of the crunchiest types of pizza in Italy, its name literally “something that makes a crunchy sound when you eat it.” Whether it’s the love of the sound or simply the taste,  digging into a slice of Roman pizza was chosen by Italians as their favorite way to experience eating pizza in Italy (aside from Naples of course). In Rome you’ll often find pizza sold by the “ Meter” and not by the slice or pie. It’s also common practice not to drink wine with pizza in Italy, but instead order up a pint of beer.

Even though Roman pizza isn’t UNESCO protected, there are still some general rules that apply to making Roman style pizza in Italy:

Planning a trip to Rome? Click here to swipe our travel tips on the best places for authentic Italian food in Rome. 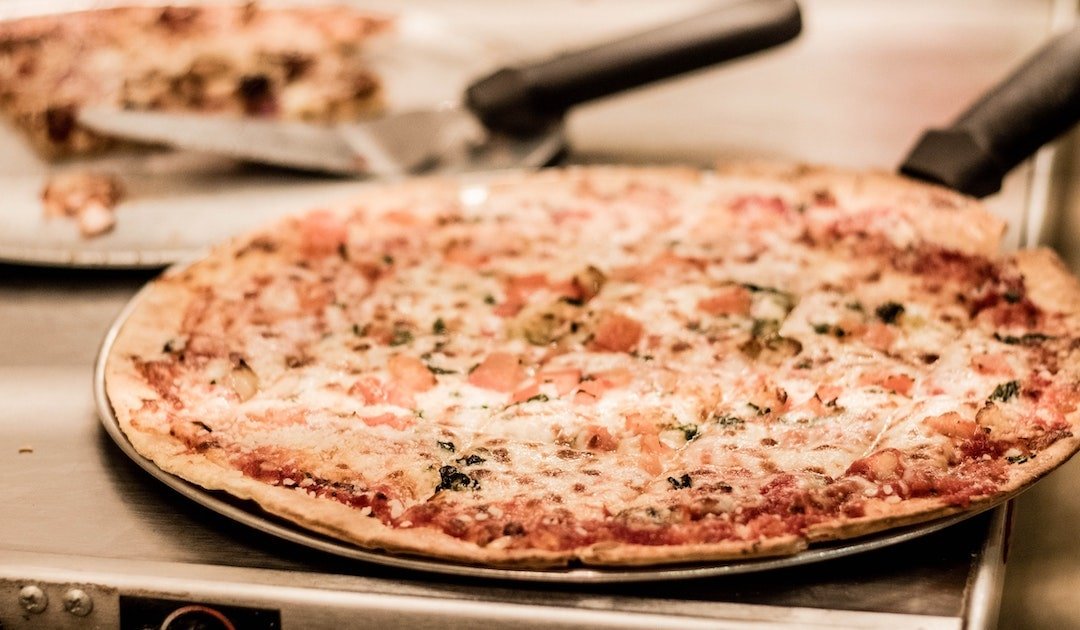 Only in the last 10-15 years has Pizza in Italy reached the height of its perfection. The study of flour mixing, dough rising and gourmet toppings has elevated pizza to the next level making it both tastier and easier to digest. Long gone are the days of unleavened heavy pizza that is easy on your wallet.  Pizza in Italy that’s easy to digest requires time to rest which increases storage cost and the price of your pizza pie.  Grabbing a gourmet pizza in Italy will set you back anywhere from 10 to 25 euros, but it’s well worth the cost to skip the “una petra sullo stomaco” – a rock in your gut. Italians now gravitate towards pizza topped with seasonal vegetables, where everything ingredient is as fresh as it can be. Ever evolving taste buds, trending flavor combinations – pizza in Italy continues to be a food transcendent of Italy’s past, future and present.

Is biting into a slice of gourmet pizza on your list of must-eat dishes in Italy?  When you join us on tour you’ll be just steps away from one of Italy’s Gambero Rosso award-winning pizzerias. 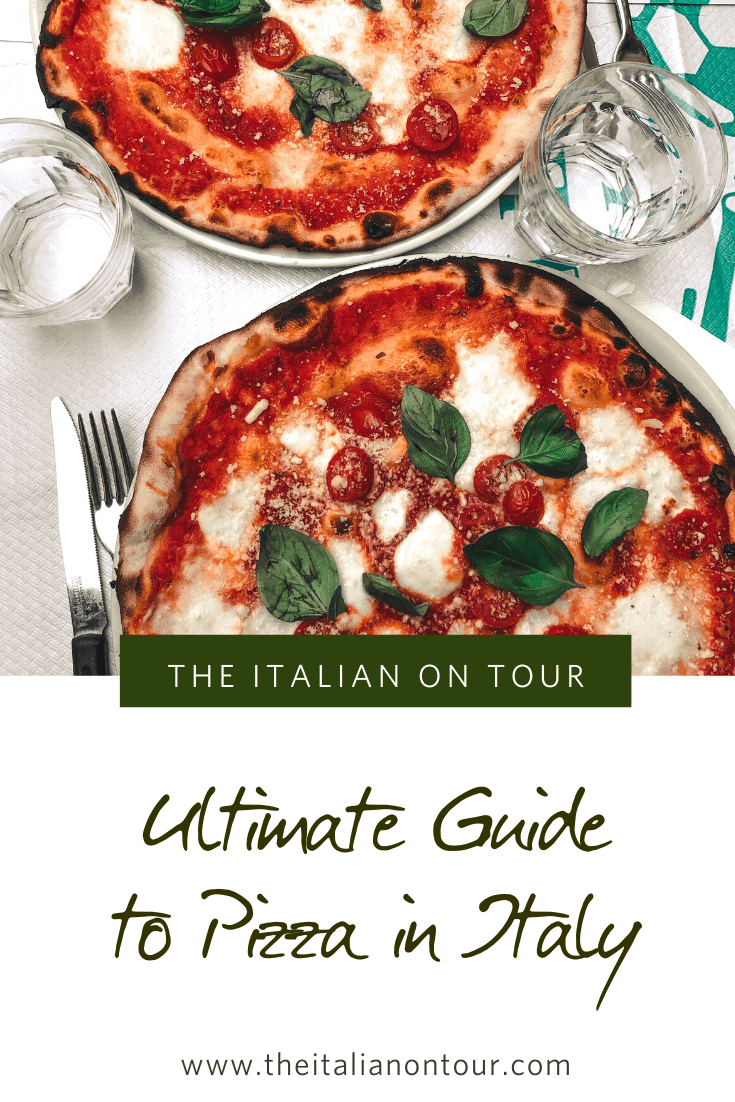 ← 13 Essential Tips for Driving in Italy The Best Beaches in Le Marche, Italy → 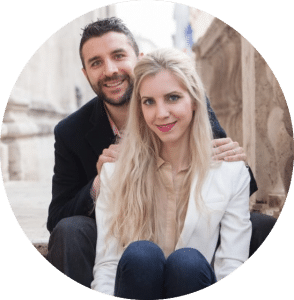 HEY THERE!
We’re Chantelle & Giovanni
An Italian-Canadian travel couple and your guides to authentic Italy.

THE 10 MISTAKES EVEN SMART TRAVELLERS MAKE

...when traveling to Italy (and what to do instead!)

Check your inbox! Your gift is on its way! 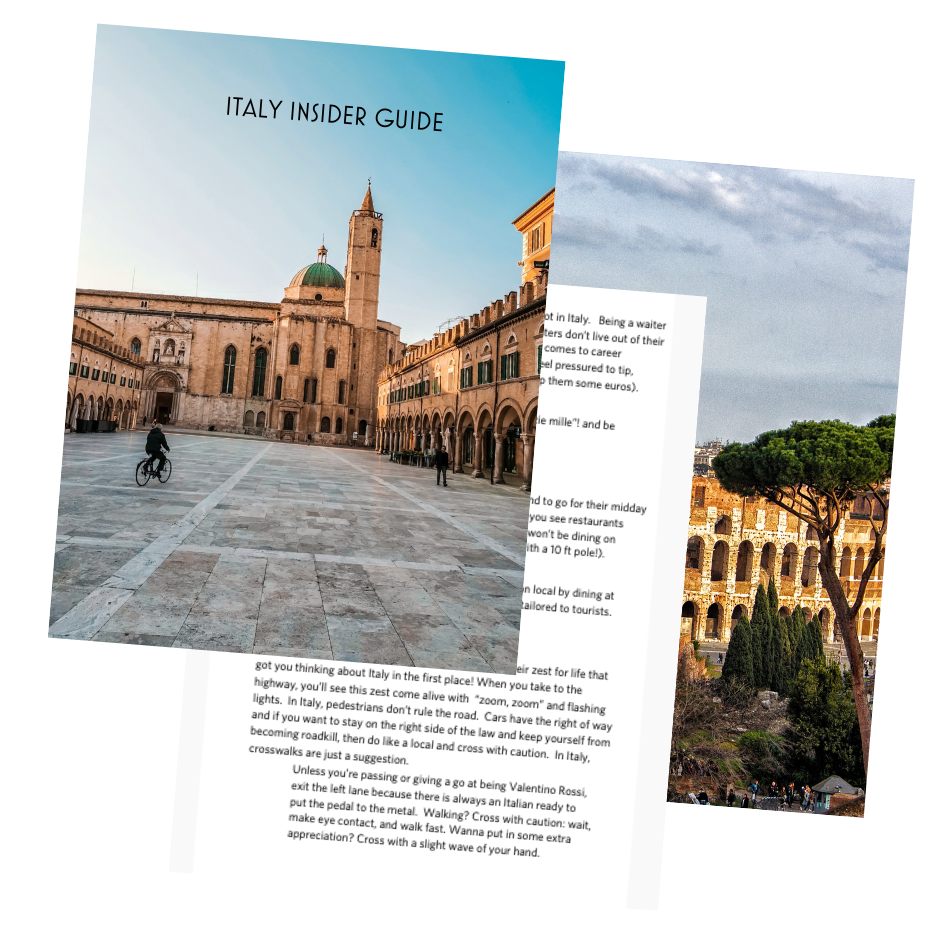 ...discover the top 10 mistakes even smart travellers make when traveling to Italy (and what to do instead!)

Check your inbox! Your gift is on its way!

STRESSED ABOUT GETTING GLUTENATED ON YOUR TRIP TO ITALY?

Get your Gluten-Free Italy Survival Guide...

Your Gluten-Free Italy Survival Guide is on its way!

Enter your info & email address and you'll be the first to know when the 2021 dates are open for booking!

You're on the list! Don't forget to add info@theitalianontour.com to your contacts so you'll never miss a travel tips or booking bonus